Toy Story 3 has received rave reviews across the board. Curious, a couple of us here at WonderHowTo went to see it last night. We found it to be decent. Not fabulous. The opening was exhilarating. Full of action and humor and a thoroughly dynamic use of 3D, but the rest of the movie didn't exude the same energy. The story was sweet and touching, and the characters were as lovable as ever. However, I was looking for a little more action.

Toy Story fan or not, I'd urge anybody to go see the film just for the innovative short shown before the feature, "Day & Night". 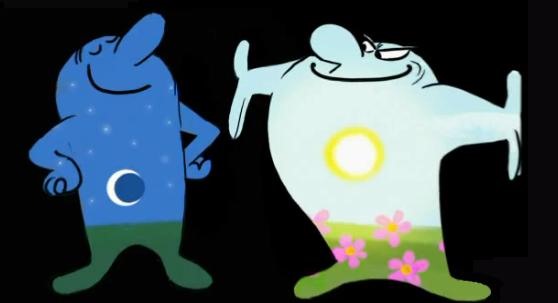 The figures are drawn in traditional 2D animation. Within the single-line framework of the characters lies a whole world of complex 3D scenes. The simplicity of the narrative structure is somewhat reminiscent of classic Looney Tunes, and the use of 3D is magical. Frankly, despite its simplicity, the use of 3D in this short wowed me more than Avatar.

The future is here, and Pixar, I'm ready for more.

Below: First, a behind-the-scenes "making of" interview with post director Teddy Newton and other Pixarians. Next, a 15 second clip from the short.

i felt same way about UP... the short that screened before it was far more imaginative.

Are you serious, more imaginative then an old man who with the help of an boy scout (asian no less) launch a house into the sky with a bunch of helium balloons to search for a lost land in honor of his dead wife? wow... I missed that movie before.