There's a HowTo behind everything, including the astounding, just released 3-D Avatar. Reviews across the board agree with one thing: the film is visually breathtaking. PopSci explains the technology behind the filmmaking. 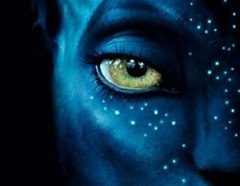 "...James Cameron decided nearly a decade ago to film his humans-versus-aliens sci-fi adventure Avatar in 3-D, but he refused to start production until technology could convince the viewer that he or she could step through the screen and pick up a bow alongside the Na'vi, the film's 10-foot-tall, blue, cat-faced alien protagonists.

To give scenes realistic depth, Cameron and camera whizzes Vince Pace and Patrick Campbell, built the Pace/Cameron Fusion Camera System to capture images the same way as a human eye does. Cameron then used a virtual camera to walk—or fly—around in the virtual world to record any shot of the Na'vi that he wanted and combined that with the real-life footage..."

Click through for PopSci's breakdown on making a realistic 3-D film, as well as an interview with James Cameron.